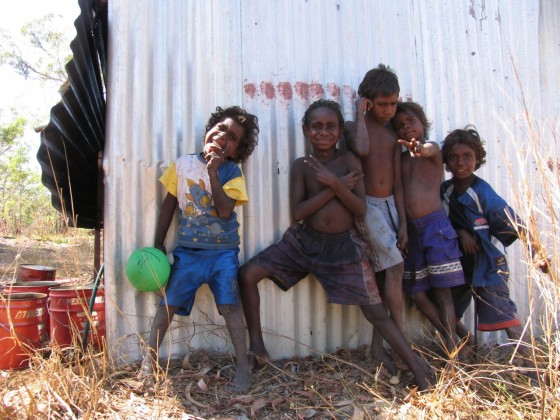 Save our Indigenous children — use language as the carrot, no more stick!

DARWIN, Northern Territory – ABC News announced last night on 22nd October 2020, that only a third of Indigenous children attend school on most days – a shocking figure that has not improved in five years. This comes on top of more than a decade of failed education programs, including closing down bilingual schooling and requiring Indigenous children to speak only in English, followed by an imported American curricula of direct instruction, topped off with the Federal government appointed truancy officers tasked with forcing kids to class. All this has done is alienate Indigenous communities and push the attendance rates of First Nations Australian children to the lowest levels ever obtained.

“Yolngu kids in north-east Arnhem Land have reported to me that they feel abused on a daily basis,” states Richard Trudgen, CEO of Why Warriors Pty Ltd. “We stand with the ‘one Yolngu politician’, Yingiya Mark Guyula, pleading for collaboration on policy-making. There is a vital need right now to start thinking outside the box. What Indigenous children do not need is more truancy and police officers in schools. What they do need is a culturally-safe learning environment, with education taught in their own language.  Language is the key, it’s the carrot; let’s use that instead of always using more stick. By combining the use of their own language, together with culturally-safe original Australian educational methodologies that have been used for thousands of years, we might get somewhere,” Trudgen says.

In their 2018-19 Annual Report, The Northern Territory Education Department hopes to “partner with a wide range of government and non-government organisations to deliver services and education from the early years of life through to the senior years of schooling.”  The Department has already begun implementing “the ‘Northern Territory Indigenous Languages and Cultures Curriculum’ which has the cultural knowledge content and achievement standards for six different language pathways…” Their vision must be expanded in 2020 to provide more Indigenous children, particularly in remote communities, with more access to cross-cultural education that inspires them to understand and really participate in what’s actually being taught.

English has only been in Australia for two hundred years whereas Indigenous languages have been here for forty to sixty thousand years. Producing educational materials, and ultimately an entire curriculum from preschool to university, by groups of culturally competent bilingual professionals, could change the lives of many.  Especially those who are clearly otherwise not engaged, plus it would save the government millions of dollars.

Why Warriors produces online content for Yolngu people to understand the mainstream world and expand their knowledge so they can build their own solutions, and engage with wider mainstream education and services. This online content includes English literacy development and pilot content towards developing an Online Yolngu School. Providing discovery education that builds on traditional knowledge helps Indigenous people: children, adults, and elders alike, to better understand the dominant culture and modern knowledge by translating it effectively and focusing on a variety of subjects according to the questions and agenda of the communities they live in.

Rather than expecting Indigenous children to conform to mainstream schooling that is taught in a foreign language, we need to meet them in the middle. How many more decades of failed educational outcomes do we need before we wake up and realise that the original Australian languages are what Indigenous groups – like Yolngu people – speak, think and learn in? Let’s acknowledge this and start there.

Richard Trudgen has been working with Yolngu people in Arnhem Land for over 40 years. He speaks Djambarrpuyŋu and is the author of Why Warriors Lie Down and Die. He is the CEO of Why Warriors Pty Ltd, a community development social enterprise company that empowers Yolngu and other First Nations people by providing access to information, and building capacity and understanding between Indigenous peoples and the Dominant Culture.