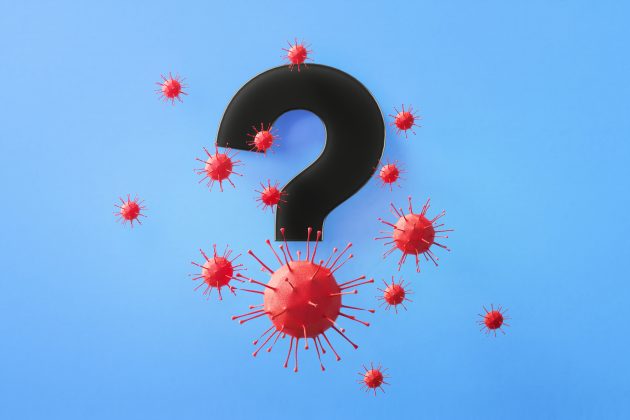 Covid-19 crisis in NT Aboriginal communities – as predicted back in August 2020!

In August 2020, Richard Trudgen, founder of Why Warriors Pty Ltd predicted the Covid-19 crisis that is currently being faced by traditional Aboriginal people living in Northern Territory communities – likening it to a bomb going off.

Throughout 2020, local and national media, the National Aboriginal Community Controlled Health Organisation, the Northern Lands Council and others claimed they had done a good job educating Aboriginal people in remote communities about Covid-19.

However, the reality on the ground was very different. Many Aboriginal people in these remote areas do not understand English, as it is often their fifth or sixth language, so they did not understand 90% of the information delivered.
Traditional Aboriginal leaders in Arnhem Land were pleading to be part of the answer, to help their communities gain appropriate information to protect them. But the government and other Aboriginal organisations continued to lock them out of the conversation.

The local member for Mulka, Mr Yingiya (Mark) Guyula, appealed to the government to work with the traditional ḏalkarra djirrikay leaders in Yolngu communities across north-east Arnhem Land. Instead, the government continued with a “single source of information” policy and practice to explain Covid-19, failing to acknowledge or engage with traditional leaders and community education organisations such as Why Warriors.

Sadly, recognising the importance of these minority groups of Aboriginal people seems limited to seeing their culture as merely traditional dances and art. Their intellectual knowledge and skills that have allowed them to control their own lives for over 60,000 years are simply ignored. Instead, they are patronised and treated like children, with mainstream English first language Australians believing they must do everything for them.

What did, and what do these communities still need?

Aboriginal people in remote communities need answers to their questions around subjects like this pandemic delivered to them in their own language and worldview. Otherwise, the subject remains a confusing mess to them.

The information Aboriginal people need must build on their traditional biological, zoological and historical knowledge, filling the knowledge gaps they have with appropriate information. This information must also build on the status of their community conversations. This includes learning common English terms used in government messaging. Without it, they will not understand government top-down messaging, even if it is translated into their own language.

Why Warriors has a bicultural, bilingual community education team consisting of five Yolngu and one Balanda – English first language person who has worked with remote Yolngu communities for over four decades.

The team started producing podcasts to answer Yolngu people’s questions about Covid-19 back in March 2020. These were produced for the Aboriginal media service but were never played on air due to unclear reasoning.

So Why Warriors decided to produce a COVID-19 video series from private funds to try to give Yolngu people the culturally and linguistically appropriate information they wanted. However, most Yolngu people have very limited internet access that will not support videos. Richard and the team then went into communities and played the videos door to door, in conjunction with face-to-face education, and a rise in vaccination numbers followed suit.

During community consultation with Yolgnu people, an important knowledge gap emerged. When Yolngu were asked what picture they got in their minds when hearing the words ‘bacteria’, ‘germs’ and ‘viruses’, many responded with, “yän dhäruk” – just words. People did not picture living creatures that lived in the human body, and that could be a danger to someone.

This lack of knowledge was shared by many Aboriginal health workers and is a problem right across Australia. Many see viruses as inanimate objects. This, in turn, makes viruses mysterious to them, with unknown origins, potentially produced and controlled by somebody. This is the main reason why the circulation of conspiracy theories and vaccine hesitancy has been so prominent in remote communities.

Yolngu people understand animate objects in the animal kingdom around them. They have sophisticated knowledge about which animals are safe and unsafe, where they live, and their life cycles. So when it comes to the Covid-19 virus, they want and need the same level of information that relates to what they already know and expect.

Yolngu people want to know the “gakal” – modus operandi of the virus. They need to know where it lives, how it presents itself, its life-cycle, how it reproduces, its characteristics, its persona. This is the type and amount of information Yolngu people require to understand viruses, information that has been lacking throughout the pandemic.

Despite millions of dollars spent on a “single source of information”, this strategy has instead created the perfect environment for conspiracy theories to run wild, both in traditional and non-traditional Aboriginal communities across the country.

Traditional Aboriginal people need to be given germ theory to explain that microorganisms cause most infectious diseases.

Why Warriors teaches germ theory using microscopes and a pedagogy that has been refined and practised for over four decades in Arnhem Land. Despite achieving staggering results, such as very high compliance with treatments for medical issues following education sessions, it seems impossible to have more of this education funded on a larger scale.

This crisis is a missed opportunity. Traditional Aboriginal people could have received good quality, culturally appropriate health literacy information that would have kept them safe. It may even have dropped smoking rates and narrowed the gap between the health of Indigenous and non-Indigenous Australians for other, non-COVID health conditions at the same time.

Sadly this also creates another problem. Without this underlying fundamental information, attempts to protect people – such as lockdowns, lockout and lock-ins, isolating infected or vulnerable people, vaccination drives, etc. – are seen by many traditional Aboriginal people as the punitive actions of a controlling government, just as the conspiracy theories predicted.

If information is power, then the lack of information is powerlessness, frustration, confusion and hopelessness, leading to law and order breakdown. We have a chance to learn from these mistakes. For example, if there is a silver lining to the Covid-19 pandemic, then rolling out special culturally and linguistically appropriate Community Education to whole community groups of First Nation Australians has to be it.

——ENDS——-
For further media information contact Richard Trudgen
Email: richard.trudgen@whywarriors.com.au   or call 0400 880 954
Richard Trudgen has been working with Yolngu people in Arnhem Land for over 40 years. He speaks Djambarrpuyŋu and is the author of Why Warriors Lie Down and Die. He is the CEO of Why Warriors Pty Ltd, a community development social enterprise company that empowers Yolngu and other First Nations people by providing access to information, and building capacity and understanding between Australian Aboriginal people and the Dominant Culture.