Cross-Cultural Learning Site that will make a Difference 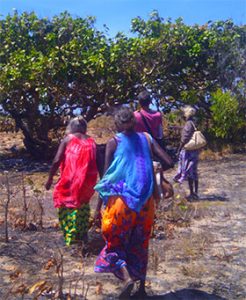 Why Warriors have launched a Cross-Cultural Learning Platform designed to make a massive difference in cross-cultural relations across Australia.

Currently, 50% of Aboriginal medical students report high rates of bullying, harassment and discrimination in the workplace, resulting in calls for cultural reform from the Australian Indigenous Doctors’ Association and the Chair of the Medical Board of Australia.

Australia continues to have a significant cross-cultural problem. The gap in health outcomes has not closed, imprisonment rates for Indigenous people are extremely high, and school attendance and general employment rates are low. These poor outcomes place an enormous burden on the people themselves and a high cost to the broader community.

Richard Trudgen, Director of Why Warriors, states, “Good cross-cultural training could save the Northern Territory government tens of millions of dollars every year, simply by slowing down the very expensive, unproductive revolving door of frontline staff. English first language staff come like backpacker tourists, get disenchanted, and leave from Government jobs and even from Aboriginal controlled organisations.”

Many of these staff came to the Northern Territory to make a difference. They hope to learn an Aboriginal language and the culture of their clients. But they have almost no opportunity to do so. They are dumped into the deep end and cannot touch the bottom of the cultural confusion they experience. No wonder they leave after a few months, some in a broken state.

Where does the problem lie?
The original Australian culture and its people have nourished a civilisation for over 40,000 years. They achieved this because their languages and culture enabled their survival right across Australia, in harmony with the environment.

Yet sadly, Indigenous cultures, their language and people are still marginalised and denounced by many English-speaking Australians. Many times unconsciously. “This is not happening 50 to 100 years ago in the dark times of punitive Government policies and Missions, but in modern contemporary times, even amongst highly educated professionals,” says Richard Trudgen.

Richard Trudgen has spent over 40 years working directly with the Yolngu people of north-east Arnhem Land as a community worker and educator. Part of his role, given to him by the Ramingining Yolngu elders, was to teach the English-speaking mainstream staff coming into the Yolngu communities about Yolngu culture. To give them information and skills that would make them more productive in the very unfamiliar cross-cultural cross-language environment they found themselves in.

Richard started this education program informally in the 1970s, orientating every new staff member who came into the new town of Ramingining, in central Arnhem Land, as it was being built. In the early 1990s, under instructions from other Yolngu elders, he started running workshops and seminars across Arnhem Land and around Australia. He now has over 40 years of practical lived experience in partnership with Yolngu people of many different generations, explaining their rich and unique original Australian culture and language to English first language people.

Seven years ago, Richard started building this Why Warriors Cross-Cultural Learning site. The platform is now up and running, and his team is now developing many more courses for the site. Our introductory courses are Worldview and the incredible Yolngu Kinship System. We also have a much-needed course called 10 Tips for Teachers that prepares both teachers and other staff coming to work in traditional Aboriginal communities. Additionally, there is a video on Cultural Safety

These courses will also teach important and fascinating aspects of the original Australian culture through Yolngu eyes, including Information about Yolngu culture never before heard in English.

Note. There is no sacred/secret information about Yolngu society in these courses.

A bit about Why Warriors
Why Warriors has created culturally appropriate answers to the Yolngu people’s questions about a range of other health issues, including 30 videos for the Covid 19 pandemic, we would like to do the same for Rheumatic Heart Disease and other chronic diseases, which in turn will provide Yolngu people with the knowledge they need to keep them alive.  Team up with us to help close the gap with this life-changing information. Click here to help.

——ENDS——-
For further media information contact Richard Trudgen
Email: richard.trudgen@whywarriors.com.au   or call 0400 880 954
Richard Trudgen has been working with Yolngu people in Arnhem Land for over 40 years. He speaks Djambarrpuyŋu and is the author of Why Warriors Lie Down and Die. He is the CEO of Why Warriors Pty Ltd, a community development social enterprise company that empowers Yolngu and other First Nations people by providing access to information, and building capacity and understanding between Australian Aboriginal people and the Dominant Culture.