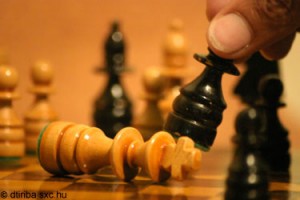 It is the easiest thing to lay blame.  It is also very easy to assume that you are being blamed by someone else.  Unfortunately, this seems to be a very natural thing for humans to do. Recently, I have become more aware of the way groups all working for the same cause – to help Indigenous people – fight against each other laying blame or putting up walls because they feel unable to trust each other.   The clash of cultures that occurs within and among organisations working with Indigenous people can result in what I call the ‘blame game’.  But this ‘game’ is no fun at all, it brings added stress and disfunction to the whole system.  The blame game is notable both between dominant culture workers and Indigneous people as well as between different Indigneous groups.

The blame game has two parts the first arises because the dominant culture recongises that they alone cannot know how to solve the problems experienced by Indigenous peoples. But instead of working along side the people, the dominant culture tends to distance itself by pushing Indigenous individuals or organisation to be the saviours of their own people.  This sets up unreasonable expectations for Indigenous organisations and particular individuals, such as well spoken leaders, liaison officers, health workers or council members.  Although these people are often very intelligent and remarkable individuals, people in such roles tend to have an expectation forced on them by others, that they can and must fix the Indigenous problems.  This becomes internalized and can result in an impression that they must have some special ability to fix things, and a fear of failure.  As the son of the ‘guru’ Richard Trudgen it is possible that I fall into this category myself; I expect myself to do miracles sometimes, and get sensitive when I am challenged. This is the danger, that when things go wrong, or if someone disagrees with these special people, blame is the unconscious reaction.  A sense of self inspection can be lost if one is put under these kind of expectations. This is a danger for all of us, but it is particularly so when a culture is created around an individual or even whole organisations, which  says, “You are the solution, so your position must be respected.”  Consequently, by holding on to the false idea that we are the solution, when something goes wrong or is disagreeable, immediate response is that it must be someone else’s fault.  Any criticism or challenge is taken as an accusation or attack against the special role of appointed saviours.  And in response some other person or organisation becomes the subject of rumour or even public accusation, producing a counter response leading to bickering and bad politics between and within Indigenous organisations.  This part of the blame game encourages defensiveness by individuals who have been “puffed up” with unreasonable expectations, about theyselves or their organisation, and produces a reluctance to criticise for fear of reprisal in others.  This process is damaging to the whole system as fair and positive criticism is needed for accountability.  This defensiveness and blaming fractures trust and limits good dialouge.

The situation is compounded between Indigenous and non-Indigenous groups.  Some Indigenous people are very defensive because they have experienced so much unfair treatment personally and generationally that they are easily offended and become defensive to protect themselves.  On the other hand those in the dominant culture, having become aware of the harm their heritage has caused Indigneous people over the years, seem to carry a sense of guilt.  I’m sure many Balanda (‘white fellas’, dominant culture people) have sensed this.  If you have been confronted by an Indigenous person, it is like a sense that, “Oh, I must be careful talking to this person and not say anything that might offend.”  The result is that when we unknowingly enter ‘the game’, Balanda walk around thinking, ‘I must not blame the Indigenous person’, while the Indigenous person walks around feeling, ‘I must not be blamed’.  This creates a rift of dishonesty as Balanda personnel fail to challenge the Indigneous person and the Indigenous person becomes quickly defensive in times of conflict and cannot accept being challenged.  The game becomes most imporant when we realise that this can become a mechanism of control over ourselves or others.  There are those who work the blame game to their advanatage, in fact we all do this some times.  Indigenous people can control  Balanda, and thus whole organisations at times, to do what ever they want by pulling the right guilt strings.  Balanda can control some Indigenous people, and thus whole organisations at times, by using false praise and rumors.

We need to escape this ‘blame game’.  Organisations should not be so offended when someone or another organisation points out a problem.  We need to work together to identify real problems and help fix them. The first key to escaping this negative cultural dynamic is humility, recognising that you are a unique person, but no one special.  Humility also means assuming the best of every other person, which helps us to recognise when hurt is unintended.  The second key is to realise that we are part of the ‘Blame Game’. We need to recognise our guilt over issues or our fear of being criticised and dela with it.  The best way to do this is to reflect on why you feel guilty or criticised when you encounter situations that bring up this emontions.  Then think about what should be the appropriate response  that you would use next time (eg. how would you treat a person in this situation there where no power or racial issue involved).  If we do not work to release fear and guilt associated with the other cultural group we will be controlled by it in our selves or be controlled by others pulling our strings.

My body is owned by this land