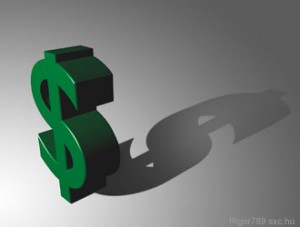 In recent times the word “poverty” has been used broadly to refer to the situation in many remote Indigenous Communities in Australia. For most people poverty means a serious lack of money or material needs and it conjures images of the poor from 3rd world slums. This is problematic because it can produce a tendency to import solutions that work in the developing world without adequately analysing them. The Indigenous peoples of Australia face very different situations. So if the media must use this word, I think it is worth stepping back and considering what Indigenous “poverty” has in common with the situation of the worlds poor. And if there are similarities what does this tell us about how “Indigenous poverty” can be overcome.

In a recent interview with Andrew Denton on the ABC TV show Elders, Muhammad Yunis, founder of the worlds first micro-credit bank, the Grameen Bank, shared his thoughts about what poverty is:

“Poverty, is almost, you can describe is a living in a box, all with the thick wall, no window, no door, no light, so you don’t know what’s coming next, you have no idea of new day starting in different way, you repeat the same thing over and over again. No hope, basically. So you try to survive the day in very uncertain conditions. So that’s poverty, you have no control over your life, that’s total, that’s it.”(Muhammad Yunis, Elders Episode 7 December 2009, transcript of interview with Andrew Denton http://www.abc.net.au/tv/elders/transcripts/s2757468.htm)

This description makes no reference to poverty being a lack of money, but refers to an experience of oppression and the deeper issue of a lack of control over your life.

This next description comes from a senior Yolŋu Elder from north east Arnhem Land. It highlights the similar experience faced by Yolŋu – a lack of control.

“What has happened to us is like riding a horse. I am on this horse and the horse is galloping. It is galloping through the forest, it has these blinkers on, it cannot see exactly where it is going, but the horse is swerving. The problem is that I do not have control of the reins; someone else is controlling it. That is what my life is like. Sometimes I am terrified that the horse is going to run into a tree and I will be knocked off by a bough but I have no control of where I am going or what I am doing.” (quoted by John Greatorex during the ‘Senate Select Committee on Indigenous and remote Communities’, 22/05/09, transcript http://culturalsurvival.org.au/mapuru.html)

Muhammad Yunis began his work in Bangladesh, where the concept of micro credit was radical and powerful in alleviating poverty, because it gave people back control in their lives. It has now been applied more broadly in many third world countries overseas. Is it possible that a tool like micro-credit could be applied in Arnhem Land to alleviate “poverty”? I know many people who believe that approaches that work in 3rd world countries overseas can be applied in Australian Indigenous situations also, and forms of micro-credit have been attempted on several occasions. I think we need to take a bit of a closer look at why micro-credit works in the 3rd world.

When Muhammad Yunis first set out in Bangladesh to help alleviate poverty, he looked for someone in need;

“So I see a woman very poor wearing torn clothes and things and sitting in front of a terrible house, doesn’t look like a house, it’s just a shed with the broken pieces of things and she’s making bamboo stool. She has beautiful bamboo stool in front of her, so suddenly it comes to my mind, what kind of contrast between her house and her clothes and her face and this beautiful newly made bamboo stools. And she explains to me that she makes very little, she makes only two penny a day. I couldn’t believe why anybody would make two penny a day making this, and the reason she gave me because she didn’t have the money to buy the bamboo that goes into the bamboo stool. She had to borrow from the trader to buy the bamboo. So I said, “How much is the bamboo? It must be very expensive if you can’t afford to buy the bamboo”, she said, “It cost about 25 cents and I didn’t have the 25 cents so I have to borrow from the trader”. And under the terms of the loan she has to sell the products to him exclusively and accept the price that he offers, she can not compare with anybody else. So I said, my god, she has become a slave labour for him, for such a small amount of money she had to sacrifice everything.” (Muhammad Yunis, Elders Episode 7 December 2009)

So Muhammad went and talked with some of those in “poverty” and was able to identify what was the limitation to them breaking free from their “poverty”. The underlying problem was a lack of access to credit, which made people prey to “loan sharks” who were able to impose incredibly unjust terms on their loans, keeping their income so low that people were trapped, and never able to break out of this cycle. And thus the concept of micro-credit was born. By providing very small sums of money to people, with just terms, people were given the opportunity to break free from the debt cycle and have control over their income.

Does such a solution fit in Arnhem Land? I believe not. The same issue of lack of control exists in Arnhem Land, but there are no signs of predatory money lenders here that people become dependent on. While some Indigenous people can be taken advantage of in financial areas, a lack of access to credit is not a major limitation. Grants, loans and standard credit options are available. We have to look a bit deeper into the peoples real situations to determine the limitations that cause injustice in these communities.  Who/what are the “loan sharks” here that prevents people from being able to break out of cycles of “poverty”. I believe the situations for Indigenous communities are very different, but the  principals are the same … the solutions must be custom made.

The principals that I believe apply here in Arnhem Land also;

If access to small loans with just terms is not the problem for remote Indigenous Australians, then micro credit is not going to overcome the causes of “poverty” in Arnhem Land. Australia is a very different country to Bangladesh. We have a welfare system providing basic income to those without work as well as grants and small business loans.

When we use the word “poverty” in relation to Indigenous people, often what people hear, is ‘lack of money’, and therefore assume the solution is to give money. Also people look at how well micro-credit works in developing nations and they consider that the money is what solved the problem. I believe what actually solved the problem, is that the specific cause of injustice in the system was targeted, and overcome in a way that gave people control back. Particularly in Indigenous communities a lack of money is not the cause of poverty, and therefore money is not the solution. We need to look more deeply to identify the limit conditions and predatory systems operating in specific regions to identify what is preventing Aboriginal and Torres Strait Island people from gaining control over their particular circumstances, rather than trying to import solutions from elsewhere.