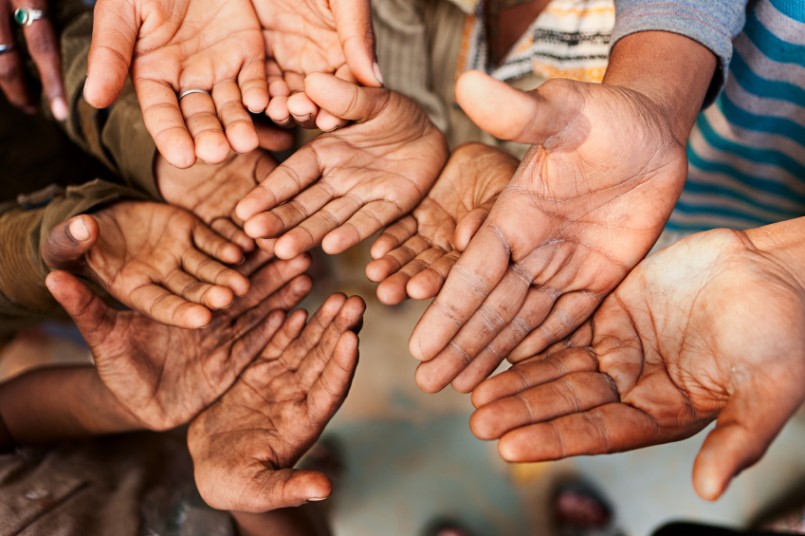 In the previous articles we saw that while is it wrong to say that Indigenous people make no contribution to their local economy, the monetary economy of  remote Aboriginal communities in the Northern Territory today is a false economy.  It is almost entirely dependent on the injection of government monies.  Remembering that Indigenous people had an extensive trade system of pre-colonisation, how can real jobs and a real sustainable economy be re-established in these regions?  Based on nine years of work in business development with Indigenous families, I believe there are four main points that need to be considered:

The basis of our whole economic system is not money, but labour.  Value in the economy is created only through sweat and hard work.  In any community where people live in a state of welfare dependency, people believe that their effort is irrelevant.  The people  believe that finding the secret “open sesame”, results in money and riches.  Money is seen as giving access to labour and not the other way around.

Unfortunately, sometimes the Government seems to believe this too, that money can be used to create jobs, usually through carrot or stick mechanisms to pay for a labour force.  A common mechanism is to structure grants so that Aboriginal staffing is prioritised as an outcome in itself (ie. they do not prioritise actual local development over creating paid positions for Aboriginal locals). Usually the local Aboriginal personnel who can fill these new program positions are under-skilled or poorly experienced for the job, they need mainstream support themselves to deliver the services.  For example, the money management services in most Aboriginal communities are suppose to develop the budgeting, and financial management skills of local families, but they are also required to do this using local Aboriginal staff.  Usually zero unemployed locals know enough about using computers, taxation and banking to teach others in their community.  The one mainstream staff person (per community) gets caught, by the grant requirements, between training their local staff and teaching the community, and as a result they do neither well.  This approach to creating jobs undermines the ability for organisations to provide the effective training and support that is needed to up-skill local Aboriginal workers into existing jobs, because they cannot pay for skilled staff.  Local workers are left in an environment that has no place for learning and advancement, they lose motivation and just hang around counting the hours. By acting as if the government is responsible to create jobs we reinforce the problem, people are disincentivised. The job creation and “job opportunity” focus recreates dependency problems

The job creation focus on remote Aboriginal communities has also lead the Government and others looking at ways to bring big business into communities, believing that this will create job opportunities and that such  opportunity will create local participation.   But others could also argue that importing industry would exploit the cheap labour potential in these communities. Pure capitalists probably wouldn’t see the problem with that, such a method would create the “necessary” economic growth. Again this approach ignores the social impact of big business take overs on local morale and the existing problems of  economic dependency.   This same “job opportunity” approach is seen in policy and programs that are geared to teaching ‘work readiness’; that is, teaching people to believe in the sale of their labour.  The current expression of this, CDEP (Community Development Employment Project) and Work for the Dole, is acculturating people into a 9 to 5, “work while you’re being watched” mindset.  So, what is the problem?  The problem is, with these models dependency is maintained, dole workers are dependent on the lure of money and a ‘big brother is watching’ incentive to work is developed. People are being taught to be dependent on the carrot and stick – a reward and punishment, in order to participate.  This assumes and maintains a situation where there is no trust in people’s independence. The result is, that people will not lift a finger outside of what they absolutely have to do to get paid.  This spreads to family, clan and home life.  Males are particularly susceptible to this western acculturation, believing that having done their hours, they can slack off for the rest of their lives.  Sounds familiar? The modern economy encourages this compartmentalisation of life in us all – but multiply it by five or ten for people who have grown up with government handouts, and have been given no other way to understand that wealth comes from productivity, which comes from labour. And labour in both its quality and quantity is a result of personal motivation.

When reward and punishment is used to motivate people, they do only as much as they must, and resist increasing labour input. To put it another way, they resist productivity and growth.  But when people choose to do something out of their own values system, they are internally driven and will increase labour to reach their goals.  This internal motivation is at its peak when people are driven by a passion for the work itself or for a dream they believe in. This is what I call a ‘creative calling’ (or purpose), which has more productive potential than other internal motivations, such as, “I want my kids to be well off”, or “it’s good to be productive”.  What ever the internal driving value, without motivation coming from within the person there is no incentive for growth, innovation, or independence.  It is these very factors that drives entrepreneurism and market diversity – particularly in primary and secondary production.  Personal motivation is the only place from which people will draw forth the effort required to kickstart  and maintain new enterprises and thus, the new economy that is required in places like Arnhem Land.  Once people start working out of a sense of purpose, goal, dreams and passion – rather than simply believing in the power of money – they begin to believe in their own power in themselves and others.  This becomes the place from which economic development is achieved in a way that will move beyond government support.

Some people ask if there is really anyone with motivation in Indigenous communities.  Yes, despite the disempowerment suffered, there are many amazing individuals who continue to dream and believe that they can create economic and social independence for themselves, their families and their clans. These are the people we have worked to support through the AHED project, which was supporting a dozen or more endeavours in one remote community.  And we discuss in more detail how to support their motivation in Part 4.