Economics of Remote Communities Part 5 – Building Indigenous economies from the ground up.

As I mentioned previously, based on our nine years of work in business development with  Indigenous families, I think there are five main points that define the process of rebuilding sustainable economies in remote Indigenous communities.

We will consider the 3rd point in this article. 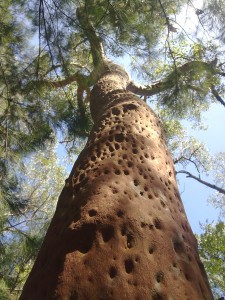 The Northern Territory “growth town” model of economic development seems to be built on a false understanding of  sustainable economies.  The emphasis on developing large ‘urbanised’ centres seems to assume that economic development is a consequence of adequate infrastructure.  The argument often compares Indigenous communities with towns in southern Australia of similar size, noting that they have over 200 local businesses. But this whole concept is flawed, because they forget that those 200 businesses are only possible because of the income provided to these towns by the surrounding farming and production industries.  Historically, where economies have been pioneered, farming, mining and production came first and the town followed.  Or at least they both happened at the same time.  I raised this with the NT Government treasurer in July 2010, only to be told that the Government was looking at ways they could create fishing and mining jobs, as examples.  Her comment made it clear that this is something the Government would solve by themselves for people and bring industry into the region, rather than something that would grow out of  local ownership.  She inadvertently confirmed our fear that the NT Government’s only plan regarding economic development was to import big business as the solution to the economic failure.  A similar mindset is demonstrated in the amendments to the Land Rights Act, where a special category of headlease was created – leases specially designed to prevent land owners putting restrictions on the leases that might limit who the Government can give subleases to.  The argument for this is to encourage private land ownership and business investment.  Thus the Government solution is to make it easy to sell the view, location, and the local labour to external investment – and the rich.  Now, if all we care about is economic growth and not people, this will work.  Aboriginal land would be worth millions of dollars, if it is opened it up to anyone with money to spare.  But doing this would completely over-run Yolŋu people.  My understanding was that the Government and the rest of Australia wanted to help people get out of welfare dependency, educational stagnation and “poverty”.  But, an open slather, external investment pathway will have the opposite effect.  It will result in local Aboriginal people becoming slum dwellers,  while industry and holiday homes are built up around them.  Cheap labour will be imported, simply because it will be easier to do so than to train locals. (This already happens in our community – Asian immigrants and southern low income earners are used to run the few privately owned shops and takeaways and almost all trade and labour positions for government developments are filled by outside contractors, rather than training locals).

However, a ground-up model is possible that encourages local ownership and the production of local products, if the Government is willing to go slower.  A slow and healthy process that will not disempower, is one that builds up and supports those local people with a desire to grow, build, catch, manage or even simply invest.  Local land owners all over Arnhem Land are keen to support investment and to build enterprises and to partner with others, but want to do so on their terms. Current partnership models undercut ownership by traditional owners –  mining agreements are a classic example.  They often offer small royalties, jobs, infrastructure and services rather than encouraging participation in ownership of the mining enterprise.  The fact that Indigenous people don’t know that they could ask for a significant share in the project, works to the mining industry’s advantage, but ultimately undermines the opportunity to include Aboriginal people in the economic development and avoid some of the antagonism between mines and the local community.  We must ensure that economic development is a cooperation with the local people as the drivers of primary production and local industry, and not a race to big dollar outcomes.

Local ownership is required to make possible the genuine participation of the people in the effort of developing sustainable enterprise.  But it is most important in primary production.  Why? To avoid exploitation of land, environment and the local community.  This is a well know phenomenon recognised in the study of appropriate native wildlife industries.  Where landholders, farmers,  and indigenous groups are given exclusive rights over wildlife products, such as ivory, skins and exotic pets on their land, they come to value the native species, work to encourage the growth of the species on their land and use the species in a sustainable way that ensures the survival of the species.  When animal and plants do not belong to anyone, there is no one to protect the asset that they are and the result is poaching and exploitation.  This is a major problem even in government controlled industries, such as the fishing and timber industries.  Companies who are given licenses to cut or catch, work to maximise profits without considering the impact on the land or the fish population. For them, a “bird in the hand is worth two in the bush”, because they can always get a license to go elsewhere, and they have to get the absolute most out of the license while they have it.

As an example, this same phenomena of exploitation plays itself out in Indigenous communities. For example, community gardens in Arnhem Land consistently fail,  although set up as “community owned” ventures – a misnomer, given the fact that Aboriginal communities are usually made up of more than a dozen different corporate entities (the various clans or tribes), with only a few of them being actual land owners under Aboriginal law.  These gardens suffer from seemingly self -defeating exploitation as kids and other locals steal the crops before they are even ripe.  After years of work when the mainstream personnel hand over  a productive farm to the Indigenous trainees, the garden quickly disintegrates, through lack of participation and stealing by the community.  The local workers have no basis for ownership of the garden that is seen as legitimate by the community. The “white fellas” were seen as the owners, having ultimate control and the ability to arbitrate between the different tribes’ interests.  Now, from the community’s perspective the workers are not traditional owners and they are also not “white fellas”, so they can’t claim ownership under Aboriginal law or mainstream laws.  Thus, the garden disintegrates under the competition of the various corporations (clans) for the garden, the disempowerment of the workers and  “grab while you can” attitude under an authority vacuum.  Where Indigenous land owners are given control, an entirely different situation can eventuate.  Their corporation has an interest in sustaining the enterprises and its productivity, because these resources are their assets. Furthermore, because the traditional owners have legitimate land title, they have the recognised authority to give control to other entrepreneurs and corporations (clans), providing workers with the legitimacy, security and the authority they need.

However, be warned – simply declaring that land owners are in control is not enough. They need to take control of their own motivation, exercise their authority, and they need to understand the industry they are supporting.  All the other aspects of the cross-cultural environment must be considered, because these barriers undermine motivation and control.  Promoting ownership is more about allowing people to take up ownership and take action where they want to, rather than about any kind of “handover”.

I believe the same benefits extend to the case of managing townships.  When land owners have ultimate ownership, they will work to make it a peaceful and profitable environment for the long term.  Because they can, and because they have confidence that it is not going to be taken from them.  They must be able to rely on the income and stability of the assets of the township into the future, even for the generations to come. Land for accommodation and enterprises in townships should be considered a primary product in and of itself.  In our East Arnhem communities local traidtional land owners want to manage this resource for the benefit of all. It is the same elsewhere, but this cry is usually ignored as a result of stereotypes that label land owners as blockers of development.

Unfortunately, it seems the mainstream systems seek constantly to undermine Indigenous ownership.  The most obvious example is the recent re-invention of the township lease on Aboriginal Land (often referred to as 99 year leases).  This current model, on the surface, is designed to include and engage traditional land owners and their representatives (TORs) in managing townships and the profits from them.  Once a lease is established, the  TORs sit on a committee to make recommendations on all matters regarding the use of land, the issuing of leases, investment in the townships and the profits from rent.  All rent then also goes to the TORs. It is a good model, but for one vital design flaw.   The town lease is not held by the local Indigenous land owners, but by a statutory body.  The director of that body has the final say on all matters regarding the lease.  So who will really control decision making?  Not the TORs but the statutory body.  The result will be that land owners will come to treat the management of the town lease as a political game, with the various land owners competing for control of income.  They will play up to the Balanda bureaucrats to get their trust and support over and above others.  This game will turn away land owners who truly love the land, and others willing to play the game once again will turn into rich beggars.  The mainstream seems to believe that Indigenous people, and especially land owners, are too incompetent to manage their land, or that they are out to exploit it.  But this view, if there is truth to it, is a result of models (as well as communication barriers) that protect Indigenous people from real decision making. Until now, some TORs have lived as exploiters, because royalties without responsibility is all that is offered.  The mainstreams models for economic development continue to re-invent this model.

I hope I have given some insight into the reasons to support real ownership by local people, because it  encourages sustainable and sensible use of primary products such as land.   So, instead of enterprise without responsibility, we must offer people ownership and control, with all the responsibilities that come with it.  The Government and mainstream personnel must give Aboriginal people the job of building their own future of their own land – even though they will make mistakes along the way – supporting them with the information, education and practical support they need.  Under these circumstances, we will see primary industry appear out of the very ground they own, in ways the rest of us never expected.