“All I do these days is attend funerals.” 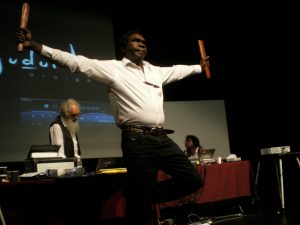 Following the Four Corners report on Monday 7th March 2022, entitled “Heart Failure” we stand in solidarity, offering answers from Arnhem Land, in the Northern Territory, to solve the crisis of rheumatic heart disease in our nation and the world.

Listening to the death of Betty Booth from rheumatic heart disease in Doomadgee, was a reminder of yet another young Aboriginal woman with a hopeful future who was tragically lost to a preventable disease. A disease that was eradicated throughout the rest of Australia decades ago.

It hits home that, if only mainstream Australian hospitals and professionals were properly cross-culturally trained and educated, and Betty had had access to information in her own language and world-view to help her understand the urgency of her treatment, then the outcome could have been very different.

Four Corners, like many mainstream media outlets, shows poverty in Aboriginal communities as unsuitable infrastructure and rubbish strewn streets. But the real problem is a poverty of information. Why Warriors education delivers information local people need.

Many Aboriginal people in remote areas have no understanding of germ theory and the underlying fundamental health knowledge relating to the cause and effects of disease and sickness. Most Aboriginal communities, like Doomadgee, want to find a way forward, to work within mainstream Australian health systems. However they need to receive information in a way that makes sense to them. That is, in their own language, and building on their cultural knowledge that makes sense to them.

Why Warriors have been working and testing a traditional storyboard around rheumatic heart disease for over ten years now. Richard Trudgen has worked with many Yolngu in face to face education, using this storyline, with much success. Witiyana Marika, renowned Yolngu elder, last remaining founding member of Yothu Yindi band, and star of High Ground, will attest to such information keeping him alive. He was shown live bacteria through a microscope by Why Warriors staff in Arnhem Land, and taught about his medical condition, in his own language, through discovery education sessions. “We need access to stories explaining things in our language so we are not left confused by all the hard English words doctors use.”

Discovery education is a collaboration between non-Aboriginal and Aboriginal researchers and educators to find connections between the health information and existing cultural general knowledge to develop a cross-cultural story in the local language that is shared with the community. This is highly specialised work that can only be done together with people who speak both languages and have knowledge of both cultures. More information on microscope literacy can be found here.

Witiyana has helped many Yolngu people, including his own son, live with rheumatic heart disease. He would like to work with Why Warriors on a storyline for a rheumatic heart disease video that can be shared widely with his people, based on the traditional way of telling stories. “When they hear the story in language and in a way that makes sense to them, they comply with the doctor’s instructions and get a real chance at life.”

Fixing up housing and infrastructure in Aboriginal communities is a temporary band aid solution because people will not care for it without accompanying education. Educate and empower people and they will take care of things themselves. For example, Why Warriors staff met recently with a Yolngu woman who was suffering badly from scabies. Our staff helped to bathe and treat her with neem and provided her with this podcast on scabies in language that discusses the causes, treatments and prevention. She downloaded it onto her phone to listen in her own time and share with her family. When staff returned a few days later, she had washed all of her bedding and distanced herself from the rest of the family to prevent the spread of scabies to others.

Whilst Aboriginal interpreters and health workers are often employed to bridge communication gaps, if they do not even have access to resources that explain medical concepts in their own language and worldview, they also have great difficulty helping Aboriginal patients in the mainstream system.

A Yolngu interpreter recently phoned Why Warriors to explain the concept of ‘insulin’. Why Warriors provided him with a Diabetes podcast in language, that cleared up his confusion. With more funding, resources like this could be improved and supported by the government to increase access for Aboriginal health workers and whole communities of Aboriginal people.

Resources should also be accompanied by an English transcript and explanation of Aboriginal culture. For example, this Covid-19 video discusses what “social distancing” means, and subsequently explains that there are two similar processes in Yolngu culture. One is ‘avoidance relationships’, i.e. avoiding certain people within their kinship structure. The other is an intricate concept called goŋ-wukundi. Under Yolngu law, the group of people looking after a deceased person become goŋ-wukundi. Their hands are painted with ochre to distinguish them from others. People outside this group are not allowed to be near them, touch them, or touch any of the articles they’ve used. By comparing this to the government’s request to ‘socially distance’ from others during the coronavirus pandemic, Yolngu communities suddenly have a much clearer idea of what is required. And non-Aboriginal professionals receive an education about Yolngu culture. This is effective, sustainable and empowered two-way learning.

Richard Trudgen would like to make this storyline accessible to many more people by producing videos in language that are accessible online. Answering people’s questions about rheumatic heart disease and other chronic diseases.

Please contact us to discuss the need for discovery education in remote Aboriginal communities, and investment in health resources from an Aboriginal worldview. Meeting each other in the middle is the only way forward. Our dream is to create a well-researched cross-cultural chronic disease video series, together with Yolngu communities, to empower them to make decisions around their own health.