When Indigenous Advocacy Does Damage 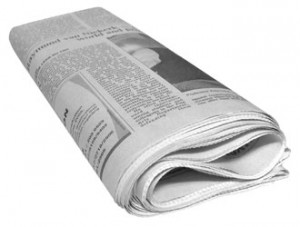 The outrage of the head of Amnesty International about conditions in Australian Aboriginal communities, after she visited some communities in central Australia has been reported widely in recent days.  In particular the media highlighted her strong statements about Indigenous poverty.  Here is a snipett:

Strong words, but is such ‘advocacy’ helpful.  I argue that moralistic bites such as this are in fact dangerous.  While advocates feel that such statements point out government failures, they can actually be harmful to the people they are meant to protect .

First of all, this statement suggests there is a simple problem, “poverty”.  This is not the case. The conditions she saw were in part conditions that people were choosing to live in, because they wanted to live on their home lands (traditional estates) where there are few amenities.  And there are also many aspects of Indigenous lifestyle, such as sitting in the dirt, which are lifestyle choices but are easily interpreted as something negative and used as emotive devices (eg. The opening paragraph to Khan’s edited press speech).  This is not classic “poverty”.  Is it rather the effect of abuses of rights and the outcome of a massive cultural gap, resulting in marginalisation and poor education. Khan does go on to talk about rights and education and marginalisation, but her emotive language creates confusion rather than clarifying the issues to be tackled.  This point was very clearly and insightfully expressed by a reader on crikey (click link and scroll down to read his article)

Second, such language is usually designed to catch attention in order to say more important things.  In this case Khan used such statements to talk about the discriminatory nature of  policies such as income management.  The problem is, what sticks in the mainstreams psyche is not her sensible comments about changing policies that force people to spend hundreds of dollars to drive into disfunctional communities to use their pensions.  What sticks are those words above which label the Indigenous people as having a problem.  Like there is some sort of disease out there that only effects Australian Aboriginal people. People now even refer to the generic “Indigenous problem”.

Lets do some discourse analysis.  This statement defines the situation of Aboriginal Australian’s as:

Khans statements are examples of the extreme emotive hyperbole, which is so common today when talking about the difficulties faced by Indigenous communities.  It does less to empower Indigenous people or their voice than it empowers government and other service providers to implement simplistic, rushed and broad brush solutions.  The very kind of policy most advocacy tries to disable after the fact.  It was also this kind of over the top statement that the Howard Government used to force the ‘Intervention’ through.  And it was so effective that most politicians were not even game to touch the subject and the Australian public went all bleeding heart, righteous paternalist.   Since then in the NT even the more sensible “Close the Gap” campaign, is being used widely by NT and Federal Governments as a catch cry to deny Indigenous rights and force things on communities, such as English only education and land leases, without negotiation or real consultation. Why? Because from the politicians perspective the moral imperative of the “Gap” statistics and advocacy slogans mandates Government to act quickly (and thus for some reason stupidly and abusively).  In fact the Governments in Canberra and Darwin act like if they do not force the statistics to improve before the next election, the ‘Gap’ just might be one more hole their election hopes will fall in.  The result- Indigenous people get crushed in the rush and no real solutions are established.

While we continue to advocate by labeling problems we continue to label Aboriginal people and empower the government powered steamroller to run over peoples lives, and enable racist blaming. What is needed is good debate about the real situation faced by people, the underling causes, and the complex solutions needed, rather than more denouncing of the “Indigenous problem”.  Rather than simply highlighting the problems, advocacy must start highlighting complexity, revealing local needs and enabling dialogue between diverse Indigenous and non-Indigenous voices.