This is the response from Aboriginal leaders in the Northern Territory to this announcement:

The Government and the people of Australia are only able to achieve true reconciliation with Aboriginal people of the Northern Territory if the environment for negotiation is changed and justice, that was so brutally removed by the Intervention, is restored.  Only through respectful dialogue and working together can we call Australia a nation based on the principles of democracy.

Future negotiations will rely upon:

1. The Aboriginal people in the 73 prescribed communities of the Northern Territory do not welcome any further consultation with the Government until it acknowledges the failures of the current Intervention.

2. The Aboriginal people of the Northern Territory will only endorse a new initiative by the Government to improve the lives of Aboriginal people if the Government first establishes a diplomatic and respectful dialogue, negotiation and relationship with the traditional lawmen and law women in the communities to be affected. These are the people that are seen as the true leaders by their communities, who are charged with maintaining ceremony, language, law and order. They must be properly consulted before any new initiative can take place in their communities.

3. The name “Intervention” and “Emergency Response” must be removed from any future initiative, which should instead focus on the goals of Education and Empowerment of Aboriginal People in the Northern Territory. It must dispel the prejudice and racial discrimination of Aboriginal people that is embedded in the Intervention, and which has created deep emotional pain and shame amongst Aboriginal people.

4. Any initiative aimed at education and training must support the right of Aboriginal people to maintain their Indigenous languages, cultural practices and the capacity to live and work on country.

This is the will of the Aboriginal people of the Northern Territory. 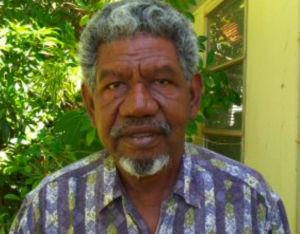