Empowering people to opt out 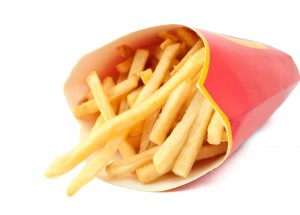 Did you know Bolivia has been free of McDonald’s restaurants for 10 years?

When I discovered this fact, my first thought was that the government must have passed legislation to enforce this. However, I was then excited to learn that McDonald’s had closed its eight franchises there simply because not enough local people were buying their products.

McDonald’s chose to leave Bolivia because it was not making enough money.

There has been much speculation surrounding this failure – was it a cultural boycott of the concept of fast food or were prices too high?

Whatever the reason, the story illustrates the joy of a market economy. As consumers, we are not helpless victims forced to accept a particular product or store.

It is interesting to reflect on this idea from my own context, living in a remote Indigenous community. Here, high levels of chronic diseases are being caused and exacerbated by such unhealthy products as soft drink and cigarettes, bought from the local stores. The suggestion has been made that the stores should be banned from selling products like these, but this implies it is the shop owner’s fault.

Shops don’t force anyone to buy their wares – the only way to very quickly stop a store from stocking particular products is for people to stop buying them.

Banning a product when demand still exists only creates new avenues for its sale.

I believe we rely too much on legislation to do the hard work for us. It is far easier to hold someone else responsible for a problem and expect them to police it.

Legislation certainly has its place in many areas, especially in public health, but let’s not rely on it for all the answers.

True power comes from people, but in remote communities in Arnhem Land this is often not a reality. The ability to make wise choices – such as in the soft drink department – demands that people have a clear understanding (in their own language) of the concerns and an understanding of their power as individuals to take action.

Fostering this sense of empowerment is not a quick or easy task, but I truly believe it builds a foundation for genuine change. Rather than focusing on legislation to solve such problems, perhaps we should be focusing more of our attention on providing the education and support that enables people to make wise and informed choices about what they consume – and the power they have to effect change in their community.

American farmer, lecturer and author Joel Salatin puts it this way: “We don’t need a law against McDonald’s …. we ask for too much salvation from legislation. All we need do is empower individuals with the right philosophy and the right information to opt out en masse.”