Rule of Law is Lost in Arnhem Land 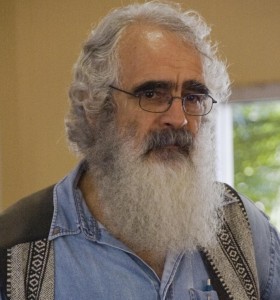 The rule of law is in danger of being lost forever in Arnhem Land due to the confusion over English legal language and NT Legal procedures. “We are seeing two systems of law at war with each other”, according to community development educator, Richard Trudgen.

Trudgen was referring to trouble over the weekend at Galiwin’ku on Elcho Island when two police officers and one Aboriginal community police officer were assaulted by members of one clan.

Tension has been rising on the Island since NT police were permanently based there as part of the Federal Intervention. “The Yolŋu (Aboriginal People) feel that the law that they have assented to the Madayin Rom (original Australian law) is not being recognised. Yolŋu still assent to their own law by a ceremonial process but have little or no knowledge of NT or Australian law and believe they have never assented to it,” Trudgen said.

Last week tension came to a head when a number of younger people in the community were arrested and taken to Darwin for not appearing in court. “Many community members were very upset about this as they feared for their young people in what they see as foreign jails where their people do not know the system, or because they do not have a good grasp of English or legal language. Also the people know that on being released from jail these young people will get stuck in Darwin.”

“In this community, there is a great deal of confusion around the NT court system, and around the legal process in general. If people receive a summons they do not understand what the document is, or much of what is written on it. Court is only held every three months here, and people forget the dates; most people do not keep diaries or even have a calendar. So court can easily be missed when people are away or at their Homeland communities well away from Galiwin’ku. Then warrants get issued for their arrest for non-appearance,” Trudgen said.

Community members often believe it is the job of the police to let them know when the court case is on. Many people believe the police are paid to provide this service. And so they are waiting to be told the court dates and then get upset with the police and the police aides when they get into further trouble with the NT courts for non-appearance.

“Tension is increased where many of the things that the police might do as part of their normal duties put them at odds with the people, and are offences under Madayin law. These include being heavily armed in public all the time and opening bags which might have secret/sacred law items in them. Under Yolŋu Madayin law it is a severe offence for the wrong people to touch or even see such items; or in some cases, even to open someone else’s bag,” Trudgen said.

“When no help comes from these leaders, trouble breaks out between the different clans and families who were seen as having the authority under the Madayin law to help their clan citizens when in trouble. This leaves the leaders of the community in a hopeless situation; and it is taking a toll on them.

“It seems the rule of law is being lost in Arnhem Land and the peaceful communities of the past are now changing. If there is no rule of law then there will be no peace and order, so forward development of any kind is impossible.”

Trudgen said a dynamic new way of doing things is needed.  He believes we need to look more deeply into the reason why things keep going wrong on Aboriginal communities, while teaching a better way towards community development and helping to improve cross cultural communication skills needed to build more hopeful and peaceful communities.

Getting Yolŋu Into Business