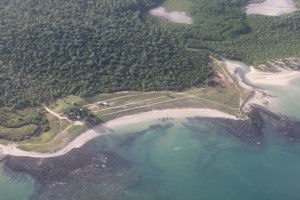 Based on our nine years of work in business development with Indigenous families, I think there are 5 main points that define the process of rebuilding sustainable economies in remote Indigenous communities.

In this article we will look at point 4.

When it comes to encouraging local economic participation and appropriate economic development, things get most difficult when it comes to flexibility.  All other issues I have discussed so far can be put into place at the project and program level.  But flexibility requires an adjustment in the bureaucratic ideology that drives the modern government mindset, and sometimes it requires changes in legislation.  The flexibility I am talking about is a willingness to deregulate to allow for local circumstances and the needs of pioneers.  The legislation of modern Australia is designed for a city environment – but when applied to remote and low income areas, it is a great barrier to overcome for people attempting to start production-based industries and enterprises in general. Indigenous entrepreneurs in remote communities are pioneers, most of them doing things for the first time with little capital or experience and often poor supporting infrastructure.  Often the barriers of  licensing, accreditation and industry standards are too much to overcome, despite their motivation and the long term potential of the business plan.

It is often wrongly suggested that Indigenous people do not have enterprising mindsets, unlike poor people in overseas countries who thrive on any little help given to them.  In developing countries, it is often said that, “you can give people a small loan and they create for themselves a thriving small business, but Aboriginal people have all these resources at their fingertips but are just not interested in the hard work.”  Such sentiments miss several major differences between the circumstances of the poor in the developing world and the circumstances of remote communities in Australia. An entrepreneur in the developing world is often only limited by their access to credit, but crucially they are often not limited by legal and bureaucratic frameworks.  In many developing countries, people in rural areas can start a small business: tailoring, a food stall or selling chicken eggs, without having to think about bookkeeping, income tax, town plans or health laws.  In many places they can even build stalls on the side of the road with little or no negotiation with local authorities.  Where they do have legal requirements, these are well understood and highly simplified.  In many parts of India, for example, taxation comes in the form of fixed levies at various roadside collection points.  The story in Arnhem Land is entirely different.  A Yolngu person who starts a small business, after the first year of business, risks becoming a criminal if they do not have accurate records of their income.  All income, including cash sales at a market stall must be declared on their tax return, or to Centrelink if they are receiving social security benefits.  That seems fair enough, but it is so poorly understood and bookkeeping is such a foreign activity to many that it is a significant disincentive.  While a business remains little more than a supplement to other income, this is not a big problem – unless Centrelink finds out and demands repayment, and in such cases people can see their total income halved overnight.  The real complexities start when businesses get to a size where they are the main income for more than one employee.   At this point businesses become identifiable entities to the Australian Taxation Office and other regulatory bodies.  Then there are many laws and regulations to consider, the killers for many include: superannuation, goods and services tax (GST), PAYG withholding, health and safety regulations, company income tax, regulations against loaning to family and various forms of licensing.  Primary production based enterprises find it even more difficult, even small scale fishing and native wildlife use requires licenses and are highly regulated. Agricultural food production is hampered by over the top health regulations (for a remote population) on the delivery chain of the end product.  While welfare dependency certainly undermines people’s motivation for economic participation, those that do attempt to create business often find themselves worn down by the maze of regulations and laws they have to navigate.  Those entrepreneurs  in PNG, India, Indonesia or developing countries in many ways have it easy compared to a remote Indigenous Australian, being able to rely simply on the sweat of their brow to succeed.

The regulatory flexibility needs to be provided to account for the circumstances for remote business people.  As an example, the sale of food products does have a range of health risks.  When someone wants to sell food, it is not the case of someone  helping entrepreneurs to ensure that the food is safe and fresh, but instead they have to meet pre-defined requirements, designed for mass production and the sterile world of our cities.  It’s not sterile here in remote communities – you can’t avoid dust and dirt to the same degree as in cities.  People eat it when they go hunting and it gets on everything because the roads are not sealed.  People can’t afford the stainless steel bench tops required in enclosed preparation areas.  A standard of hygiene is needed, but why must it be the same standard as the cities when it doesn’t work in this context?  We are currently supporting an enterprise that is trying to reuse treated sewage to grow food. Do you think anyone from government departments is coming and saying, “OK, let’s make this work. ”  On the contrary, all we hear is why it is too hard and that we have to meet all this red tape and overcautious standards.  We cannot meet the standards because the infrastructure is just not there.  Yet in developing countries, treated sewage of the same low standard as ours is being used safely to grow good food.  We have independent professional advice about safe standards in our context, but the bureaucratic systems are not interested in the possibilities, only the regulations.  Effluent reuse was successfully occurring in the 1990s in several communities, producing massive crops of bananas without ill effects on the families running these gardens. At one stage they were even endorsed by the Chief Minister of  the Northern Territory.  But they were shut down by inflexible and unhelpful Balanda, more interested in protecting their legal behinds than helping locals find solutions that might work for everyone.  In the end, this is what supporting successful, sustainable development must be about; finding solutions that work in the current local context,  not maintaining inflexible mainstream standards.

Historically, standards increase as economies develop. Our Australian “white” pioneers started with land and bush in remote locations with few regulatory requirements.  They started with small incomes and only their motivation to keep them going.  They did not have to meet today’s building accreditations or health standards.  As a nation, from 1800 onwards the Balanda mainstream grew – and so did the red tape, to give us the standards we have today. In today’s mainstream the economy, infrastructure, and skill base makes it (mostly) reasonable that we meet all these standards.  On the other hand, Indigenous people in remote communities are our “black” pioneers, economically and educationally.  Our “black” pioneers have economies that are isolated,  maintained by a discouraging welfare system and desperate for locally derived products and production.  Like our colonial pioneers, it leaves them with little other than their internal motivation to move them forward.  They are working to build sustainable economies against a tide of resistance created by legalistic inflexibility and mainstream failures to cooperate or communicate.  The degree of flexibility to support new local products must be in proportion to the pioneering context the people are working in.  Without this flexibility new products are stifled, because the leap from hobby to profitable business is too big to make.

Let me give you another simple example in the area of vehicle registration. Now police in many Indigenous communities recognise the difficulties of maintaining a vehicle to a high standard, given the poor roads and low incomes.  They do their best to keep dangerous vehicles off the roads, but choose to be flexible by giving warnings rather than fines to those who have safe vehicles but have not registered them. Some of you may feel yourself squirming inside at the idea of unregistered cars on the road.  That is your culture speaking, and it is this that drives the the imposition of  mainstream regulations in remote  communities without understanding the local context.  Just the cost of paying for registration alone is the equivalent of  at least a fortnight’s income for most local people, and they struggle to maintain their vehicle as it is. Furthermore, the roads are rough and wear out cars much more quickly, with mechanical repair services being hard to access in some communities.  On the positive side, roads in remote communities are uncongested, and speed limits in the towns are below 40kph, so risks are lower.  As a result, brakes, tyres, seat belts, visibility and steering are really the only important factors for safety.  In most places the local police understand this and the  flexibililty that they show in these communities allow people to maintain their mobility and a raft of economic activities, including getting kids to school, attending work, hunting, fishing, and starting enterprises outside of the township.   But a single car accident as a result of a poorly maintained and and unregistered vehicle may be all that is required to force local police to take all unregistered vehicles off the road, because of pressure from above.  The local police are responsible for managing vehicle registrations, so the pressure is always on them from the system.  Different registration requirements are needed in remote communities, which enforce a lower standard of vehicle maintainence (preferably determined through an agreement with community leaders) and allows for cheaper registration fees because of lower incomes and unmaintained roads.  This would benefit everyone, allowing for regulations to be locally enforced without undue burden on people and their businesses. It would also encourage people to think more about safety than about avoiding police as they otherwise might do.

Flexibility in regulations for remote Indigenous communities can help everyone,  but most importantly it would help local Indigenous entrepreneurs become successful.  They are our “black” pioneers and it needs to be recognised that much of their struggle to get by can be eased by bureaucratic systems that appreciate the unique local circumstances.  Broadbrushing may work for cities, but it is inappropriate and unrealistic for the context of remote Indigenous communities. Legislation, policy and enforcement need to be flexible to unleash the pioneering spirit that is so often squashed by attitudes that value red tape over reality.

Dictionaries only for Dominant Culture?