This is a short video exploring the confusion between the knowledge systems and worldview of Yolŋu culture and the dominant culture of mainstream Australia, and the devastating impacts this confusion has on Yolŋu people. Dharaŋanawuy – a Yolŋu word meaning deep mutual respect and understanding, is what we need to work towards finding a way forward. Watch the video below:

See http://ahed.whywarriors.com.au for more information about the AHED Project. 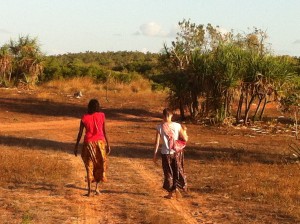