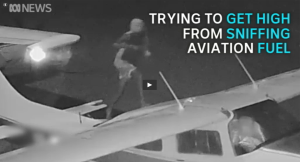 From where most who read this sit, it is hard to understand why young people would do such things or why their parents did little to stop them.

The following report covers 4 weeks education with Yolŋu elders and family groups dealing with the lead poisoning – avgas problem at Galiwin’ku in June 2017. It includes the people’s views as to what the underlying problems were and an outline of the educational material.

Central to the problem was that despite people all over the country knowing all about the avgas lead poisoning issues at Galiwin’ku, Yolŋu parents did not know what lead or lead poisoning meant. And secondly, the people believed that the government had stopped them disciplining their own children on the threat of being jailed.

Confusion and disempowerment reigns when the people are not seen as the main stake-holders and the information is not given to them in their own language.

The report is 52 pages long but for anyone who is truly interested to understand life on the other side of the cultural divide, I think you will find it interesting.