The real way to get ahead of the game! 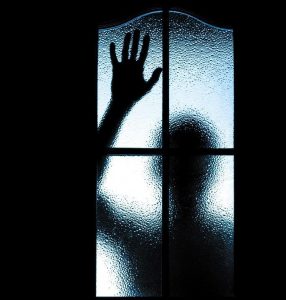 Last week the Don Dale Youth Detention Centre was back in the news. The Centre has to be expanded because “Department figures show the number of youth in detention across the NT has almost doubled over the past year, and was last week at its highest point in at least 12 months.”

Territory Families Minister Kate Worden says, “We have to get ahead of the game and that’s what this is about — if we do see that rise in numbers, then we make sure that we’ve got adequate beds and that they’re safe…”

But maybe there is another way to get ahead of the game.

A few weeks ago, a Yolngu grandmother rang me and asked if I could take her grandson to the airport to catch a plane back home. The young lad was 12 years old and had been getting into trouble in his home community, petrol-sniffing and break-and-entries. His family had sent him to another community to be with relatives that could provide him with guidance to keep him out of trouble at home.

Now they had pooled together money for his $500 plane ticket back home, but they needed help with transport to the airport. They rang me, and after finding it would cost an extra $120 for a taxi, I realised I’d have to help out.

On the way to the airport, her grandson and I started to get to know each other. I spoke his language and was in a grandfather relationship with him, so that made it easy. He quickly opened up. We talked about a number of things. Among them, I asked him, “Do you like going to school?” His response was “Yes”. I then asked, “When was the last time you went to school?” “About six months ago,” he said. “So you find school a bit hard?” His response was no surprise to me, “Yeah, it’s really hard. They speak in English, which I have trouble understanding.” I asked him how that makes him feel when they are using English to try and teach him?

“Ŋayaŋu yätj,” he said. “Rotten to the depths of my soul.”

He went on, “It upsets me that I can’t understand English.”

“Do you want to learn English?” I asked. “Yes,” he told me, “I would love to be able to understand and speak English.”

We arrived at the airport only to find out that his plane had left half an hour before. In amongst the many telephone calls, the time of departure had gotten mixed up. I was starting to turn around and take him back when his grandmother and mother rang and said, “No, we want him to go and stay with another group of relatives to make sure he stays out of trouble.”

That night I was visited by the local police who were looking for him. Apparently, he had been telling his family in his home community that he was going to commit suicide if they didn’t get him home straight away. So the police were trying to find him to see if he was okay, but they hadn’t been able to find him. I told them where he was staying.

Two days later, I got another 6am phone call from his grandmother asking if I could take him to the airport again. This time we got there early, only to find out that on this particular day, the plane was leaving an hour later than usual. So we continued our conversation.

I started talking to him about petrol-sniffing, asking if he knew how substance abuse could destroy someone’s brain. He said he didn’t know much about it but told me he “sniffs to forget”. He likes the high wirrmuryun feeling he gets from it.

Some Yolngu youth use a very elaborate process to get the wirrmuryun, high, dizzy, fainting feeling. First, they draw hard on a cigarette while pressing on the arteries in their necks with their fingers (or use a tight cord or twisted shirt around their necks). Then at the same time, sniff some substance, usually petrol.

This wirrmuryun feeling is caused mainly by the oxygen supply being cut off to the brain. Firstly, from the effects of the nicotine closing down the veins and arteries, then by the person blocking the blood supply to the brain with their fingers. They add to that by sniffing a substance that blocks the uptake of oxygen from the lungs.

Unfortunately, most Yolngu people don’t understand the negative effect of oxygen starvation on different organs of the body. It’s a concept that has never been taught to the whole Yolngu population. I have produced radio programs on the subject in language, but we are having trouble getting them played in Yolngu communities.

I talked with this young lad about how that wirrmuryun dizzy feeling is your brain starting to die because it is starving for oxygen. “That’s why some Yolngu who have been sniffing petrol for a few years now walk around like trees rather than human beings. They are not able to communicate with their family anymore due to brain damage. Then one day, they just drop dead.”

I was keen to find out what makes him want to get high or get involved in break-and-entries? His response was the same as before, “I feel that I’m just useless, no good, cannot learn anything.”

During the trip, he took calls on my mobile phone from his grandmother. He had no problem using modern technology. I was interested to see how IT literate he was. He could hardly speak any English, could not read and write, but he had no problem using technology. Plus he could speak an original Australian language, Yolngu Matha, which other Australians have little knowledge of, a language which is really good for instruction and learning.

I said to him, “Would you be interested in learning English if there was a program available on mobile phones?” He said that would be great, especially if it was in Yolngu Matha, like the conversation we were having. I told him, “That’s the normal way of learning a language. A language course starts in your language and then jumps over into the language you are learning.”

I’ve been calling for support to produce an open-source Yolngu Matha to English learning program for many years now. Interesting to note that no government in 200 years has provided that sort of learning experience for any Aboriginal language across Australia.

Some remote primary schools like Yirrkala and Shepherdson College on Elcho Island in Arnhem Land have been funded again to translate information into language for their young students after government policy destroyed 30 years of work in this area. Let’s hope this work can continue, and with a bit more real support.

But what is also needed is an English learning program so Yolngu students can cope with the high turnover rate of mainstream teachers who never get around to learning Yolngu Matha (their language). And for the same students to be able to access English media and go on to thrive in tertiary education centres.

However, when it comes to learning English, it seems that Aboriginal people are repeatedly told that they must learn English, yet no language learning programs are provided for them.

I remember my early days in Arnhem land when expatriates staff were forced to learn Yolngu Matha. One Balanda (English first language) lady could read and write it perfectly. She was so good at writing Yolngu Matha she could write what local people were saying and read Yolngu Matha text perfectly. But apart from a few very simple words, she didn’t have a clue what any of it meant. So let’s get the cart behind the horse and have some real Yolngu Matha to English programs.

This morning I showed the young man some elementary open-source learning programs we have already developed on our Djambatjmarram website. These are now being used by people like himself, in formal school settings or in their everyday life. What we need, though, is a full Yolngu Matha to English learning program available 24/7. Why Warriors would be happy to help develop this if we could get support for it. We have the will, the know-how, and the online learning platform; we just need the funding to produce it. Once produced, this program could remain in use for decades and would align and be used together with primary school bilingual resources, saving the government a fortune and the future of many Yolngu youth, like this boy.

On 14th September, the Australian Associated Press released an article that NT remote education is failing students. The article addresses the fact that it is a basic human right for students to access education in the language they speak.

When will the Northern Territory Education Department or the Federal government get real about creating open-source Yolngu Matha to English learning programs for Yolngu Matha speaking people?

So rather than funding more beds for him and his peers in places like the Don Dale detention centre, why not provide self-directed, self-learning, open-source Yolngu Matha to English learning programs, as it is clear that the present dysfunctional education system is destroying the spirit and the futures of young Yolngu youth, like this 12-year-old boy.

Also, if we had such a course, Yolngu youth, while in detention, would have some self-directed, self-learning educational material to occupy themselves with. This way, they could come out with good communication skills that would prevent them from returning.